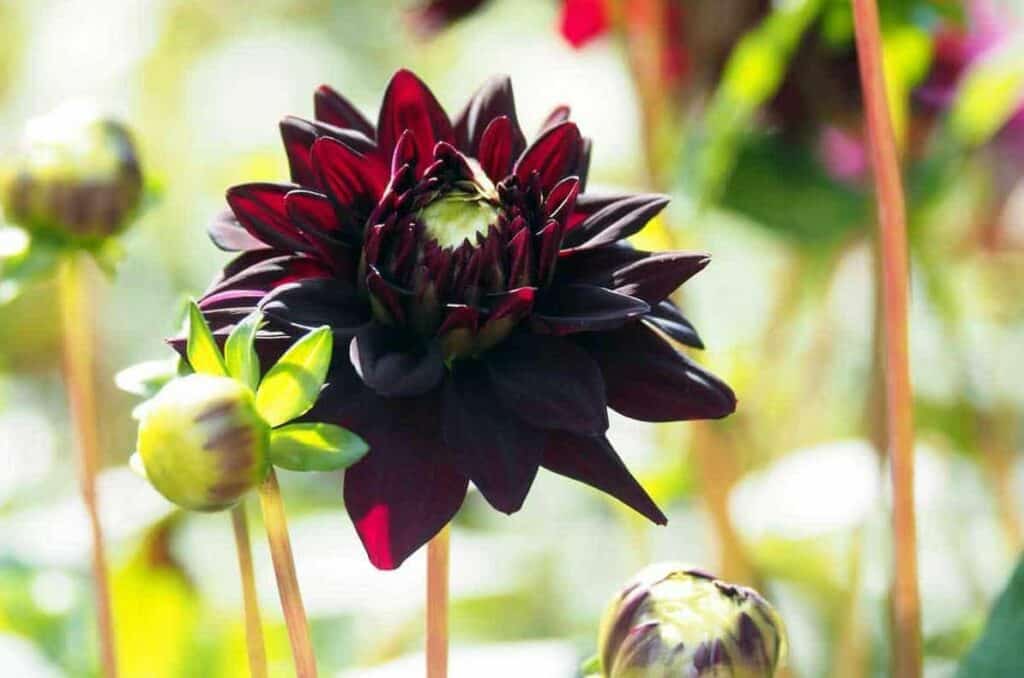 As time passed, black dahlia flowers became famous because of their alluring, elegant, and attractive colors. Most people like them to grow on their balconies and gardens. After all, these flower buds would add a lot of spice and boldness.

Black Dahlia is a wide variety of graceful flower blooms, the dahlia. While this flower is often referred to as black, its petals appear in burgundy. Under certain instances, the dark red petals became almost black.

In general, the black dahlia flower stands as a symbol of dark and negative emotions. People associated the flower with feelings of sadness and betrayal. But on the other way around, these blooms speak louder, more solid, and intense emotions.

History of the Black Dahlia Flower

Even though the dahlia flowers are bitter plants, people initially use them to feed the animals. In 1802, a botanist named Doctor Thibaus introduced the dahlia flowers to France. Later, Andreas Dahl, a Swedish botanist, gave the flower its name “Dahlia.”

Characteristics of the Black Dahlia Flower 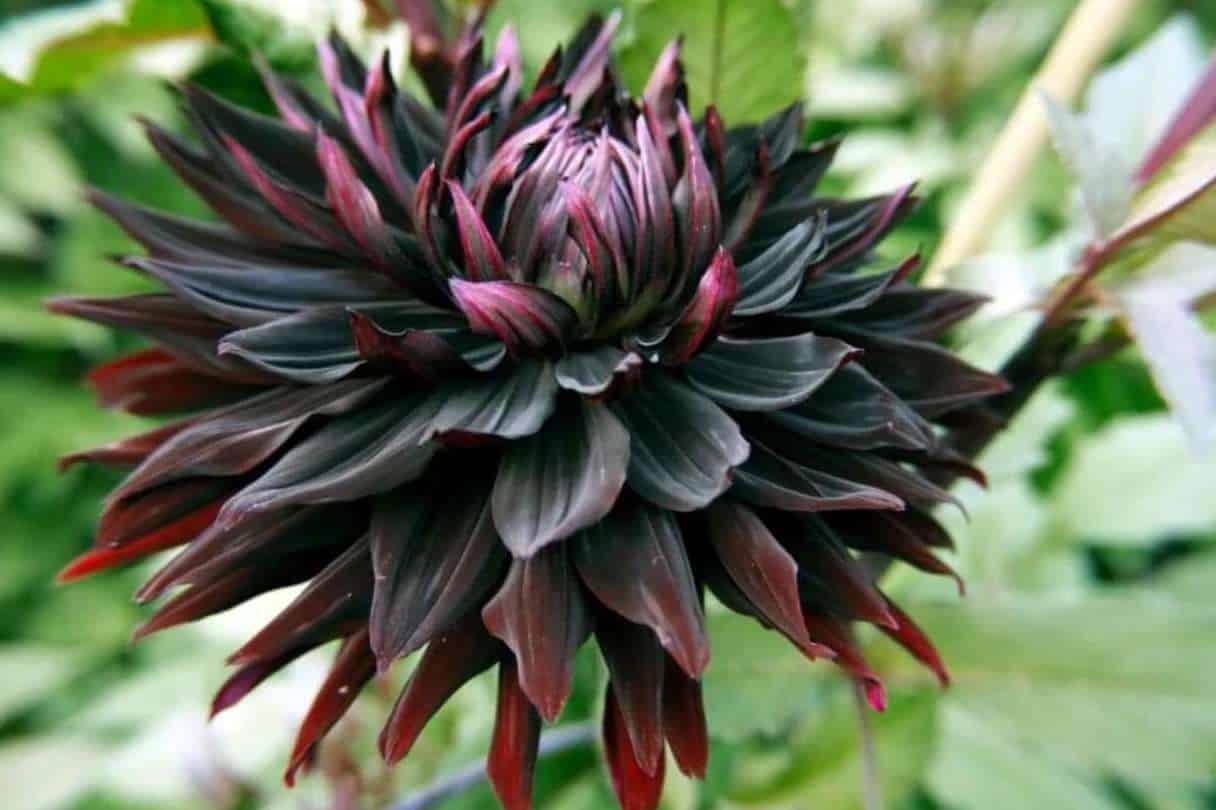 Like other flowers, black dahlia possesses different characteristics. Do these flower blooms spark your curiosity? Come along, and let’s talk about its name, size, family, and varieties. 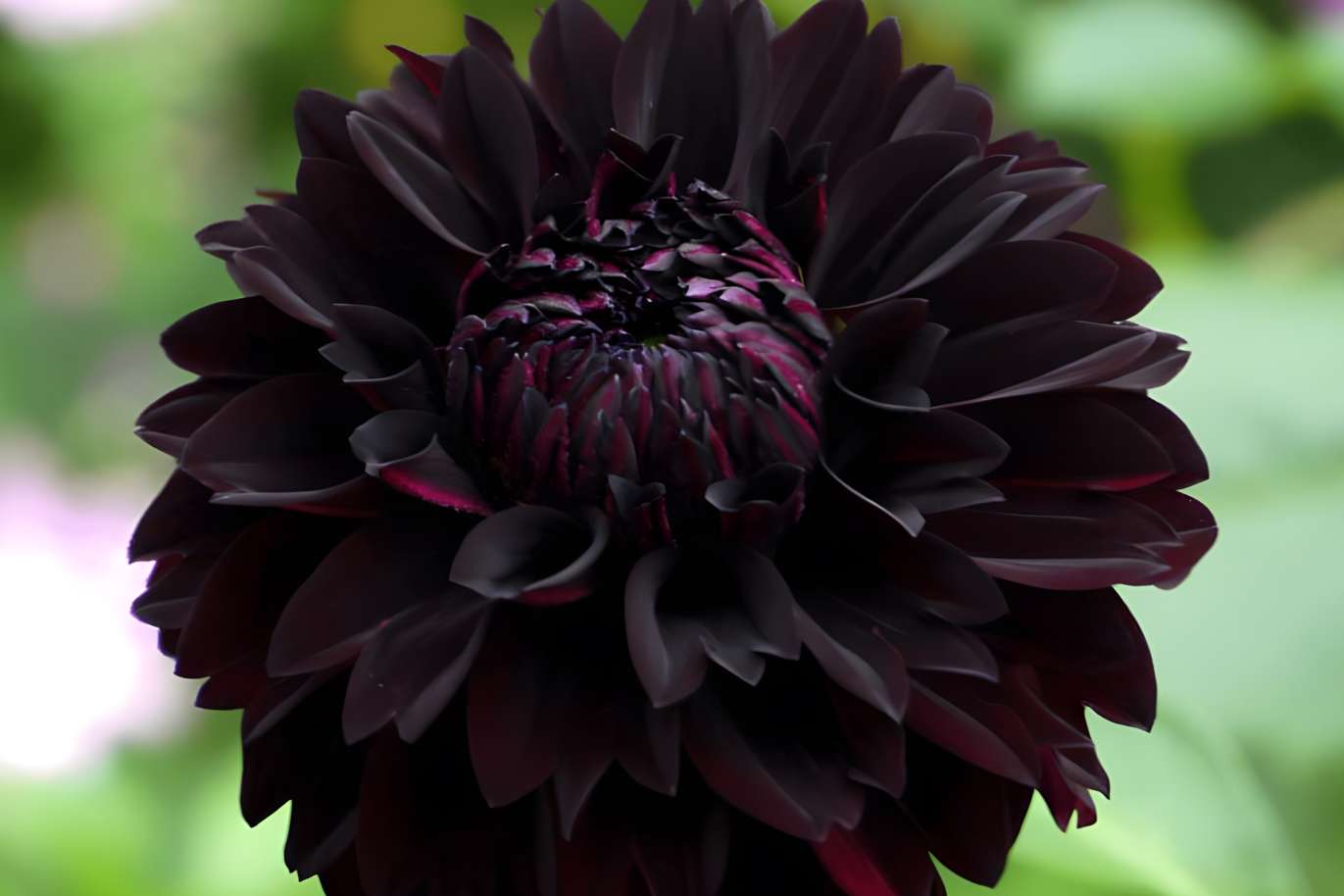 Let us tell you a story relating to the black dahlia flower. In 1947, a brutal murder case happened in Los Angeles, killing the aspiring actress Elizabeth Short. At this time, the media refer to Short as the Black Dahlia.

Indeed, the popular belief about black dahlia flowers always shows negative emotions of sadness and betrayal. But there is always another angle, way, or perspective in looking at these dark-colored flowers. Most of the time, the black dahlia flower possessing a dark purple color represents power, ambition, and passion.

Dahlia flowers have hundreds of varieties. Most of these plants have a mixed blend of colors. But only in rare conditions could you see a dahlia flower bloom into a powerful, dark color. 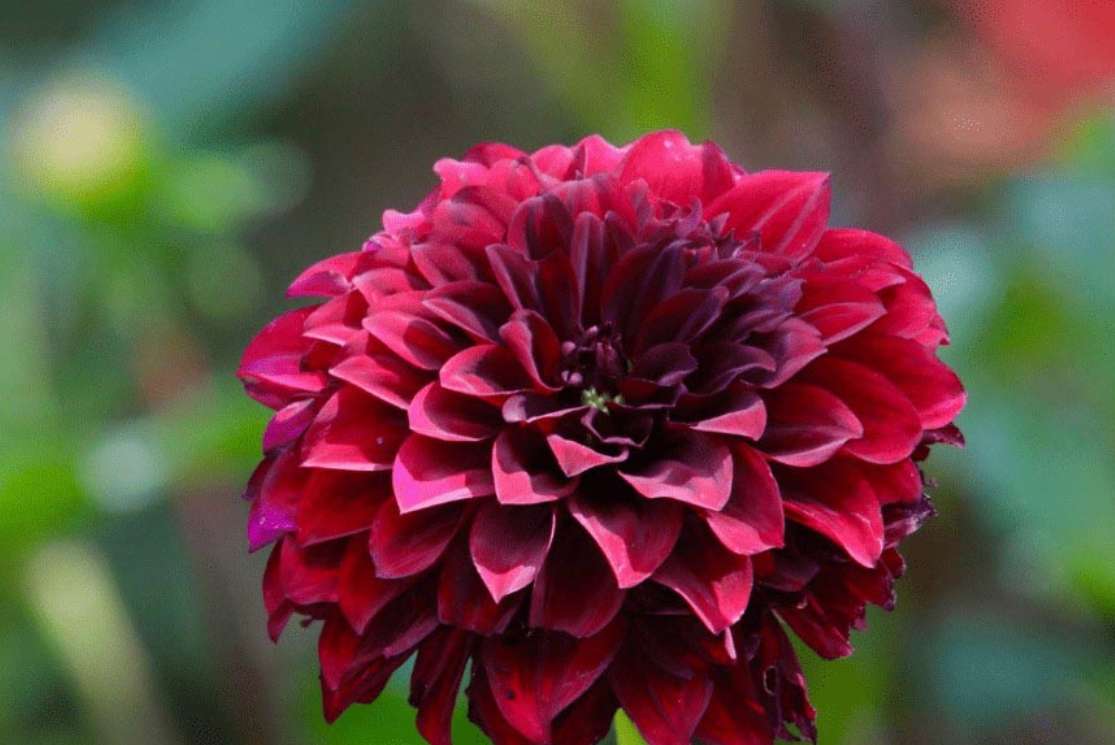 Black embers dahlia is the one possessing a lighter shade than other black dahlia flowers. These flowers produced deep red shade flowers that are even darker in the center. On top of that, the size of these flowers is much smaller. 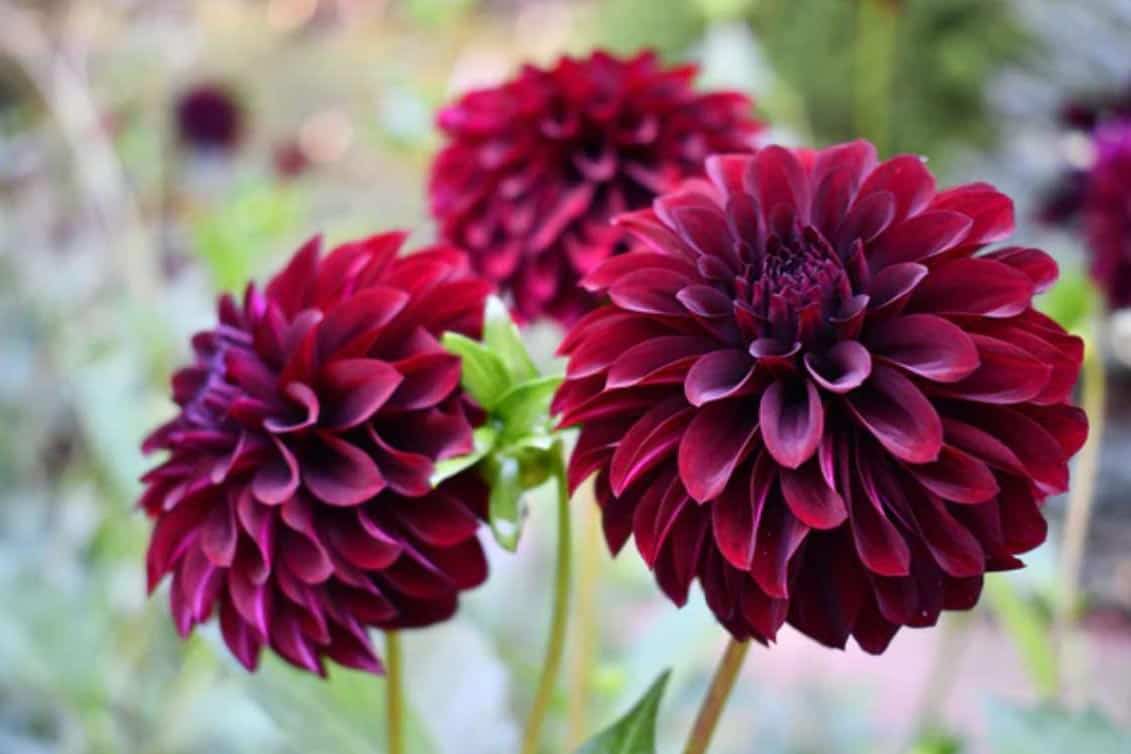 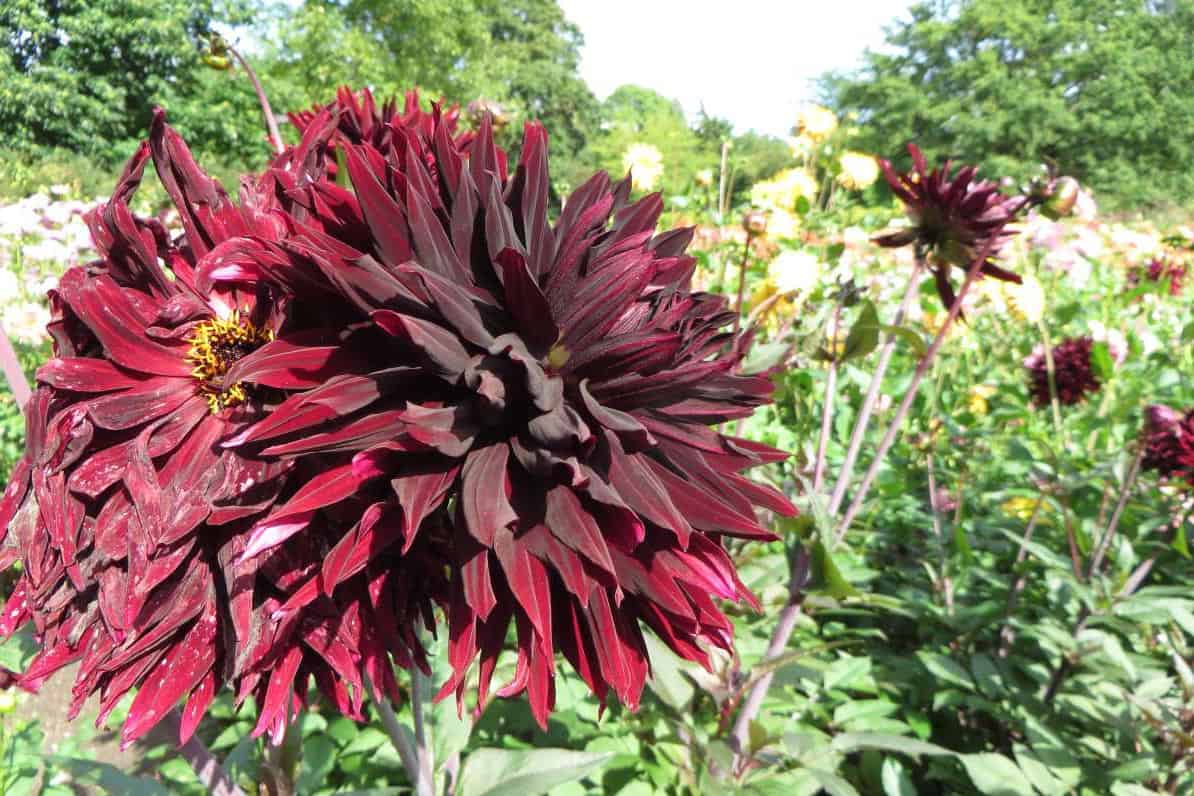 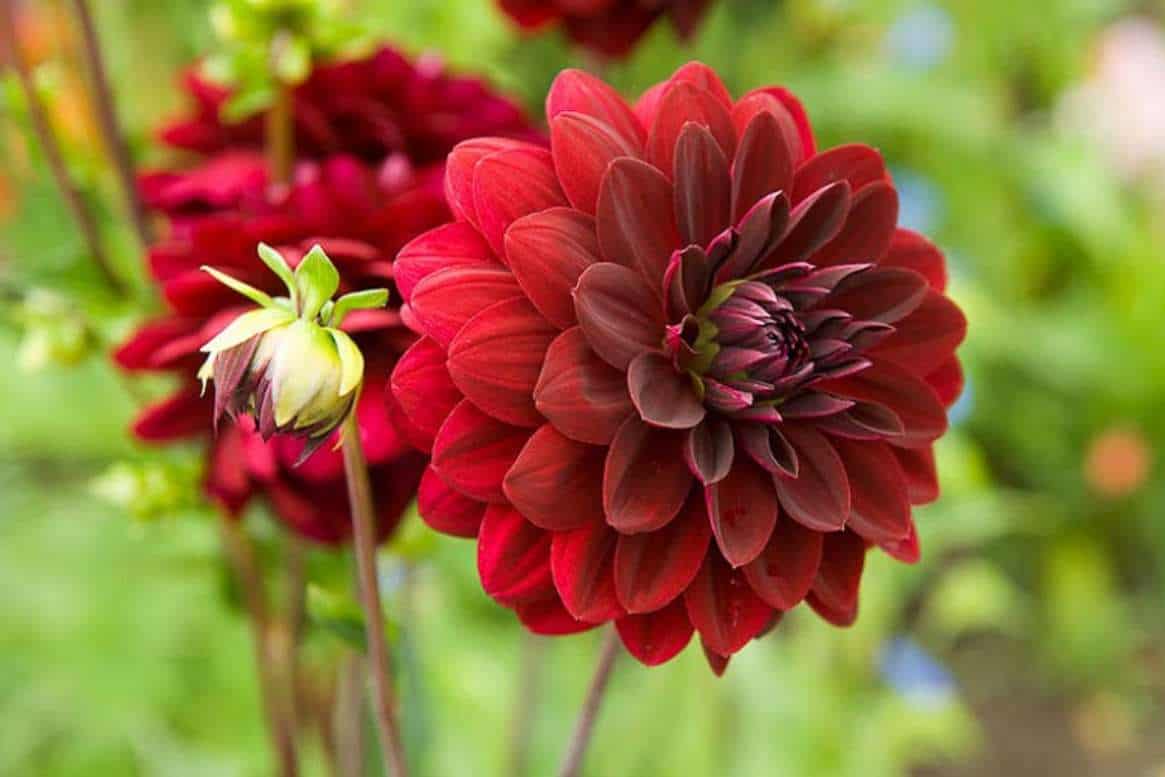 If you still haven’t seen an Arabian night dahlia, you’ll maybe take them as black embers or black satin dahlia. However, this kind possesses even smaller petals, four inches in diameter.

Although some people often see black dahlia flowers as a symbol of sadness, we cannot deny that they are attractive flowers. Mixing and matching these blooms with other playful, colorful flowers will make your garden unique and beautiful.

Besides, black dahlia flowers have alluring, dark blooms that show strength in character, power, ambition, and passion. So, we can see these flowers showcasing solid and positive emotions. And who would not be curious about these blooms, right?

The truth is black dahlia flowers are one of the most attractive flowers you can grow in your gardens or balconies. Plus, you will soon consider them as an easy-to-care plant.

What are the Essential Tips to Grow and Take Care of Black Dahlia Flower?

At first, you may find taking care of these blooms challenging and overwhelming. But don’t worry. In this article write-up, we included some golden tips you need to know to grow and take good care of black dahlia flowers. Go on and read them!

Of course, please check if the topsoil has already been dried before you water them again. And here’s a little trivia. Dahlias cannot grow in regions where the earth is wet.

Black dahlia flowers are summer plants. These blooms love the shiny, bright rays of the sun. So, if you want your black dahlias to grow, blush, and dance, pick an area where they will receive the most sunlight.

But first, you need to remember this thing. If you want a bunch of healthy black dahlia flowers, it will be helpful to pick the proper fertilizer. Your choice of fertilizer is an important thing. To be sure, you might want to consult a plant expert to encourage the flowering of your black dahlia.

Once you have a healthy black dahlia flower, you’ll see that these plants can grow up to five feet tall. For sure, these blooms will need staking. Staking will ensure that the black dahlia flower remains upright and prevents its stems from cracking.

Topping, you need to get rid of the top bud of black dahlia flowers. But please be careful. You only need to remove the bud, but not its leaves. Topping the black dahlia flower will give it more energy, resulting in a bushier plant.

Do you like to grow dahlia flowers in your garden at home? Watch and enjoy this video.

Do you think it’s time to step away from bright-colored flowers? The black dahlia flower may be the plant you are looking for. And yes, now it’s the time to discover the beauty and positive emotions behind the petals of the black dahlia.

No comments to show.

Get in touch for any inquiries.